In the first week of January 2020, a remix of Saint Jhn’s “Roses” flew into Spotify’s Top 100. It spent much of the year in the same lofty position, even cracking the Top Five last April, at which point it was earning more than four million streams a day on Spotify alone.

The original “Roses” is a brittle and swaggering rap ballad, like much of Saint Jhn’s catalog; the remix, by the Kazakhstani producer Imanbek, pushes towards Eurohouse, with a bludgeoning bass line and lyrics pitched up ’til they squeak. For some artists, this disparity — the gulf between the sound of their biggest hit and the rest of their discography — might be a cause for concern, creating pressure to alter their DNA to hunt for another smash.

This is not an issue for Saint JHN. “I didn’t get here because of the ‘Roses’ remix, and that’s why it’s easy for someone like me not to panic,” he says. “If you’re just hearing about me through the remix, I damn near gotta stop and clap for you. It’s like people who are just discovering Game of Thrones right now or just seeing House of Cards for the first time. You’re gonna have the greatest weekend.”

The singer-rapper, who grew up splitting time between Brooklyn and Guyana, broke into the music industry as a professional songwriter. “That wasn’t part of the plan,” he says. “I’m a hustler, and I had an opportunity coming from a place where opportunities don’t happen very often.” After working his way into a group of aspiring songwriters and producers in New York City, Saint Jhn helped pen the chorus to Hoodie Allen’s 2012 song “No Interruption” in a 15-minute burst he calls “effortless.”

This soon led to other major-label placements as a songwriter. “I was in gladiator school at that time,” Saint Jhn recalls, “writing, sharpening my pen, trying to understand the business models. If you’re going to hustle, you have to understand the landscape.”

After co-writing a pair of tracks for Usher in 2016, he decided it was time to focus on his own music. Many professional songwriters harbor an interest in becoming artists; few are given the resources and opportunities to make the jump successfully. But Saint Jhn didn’t care. “Most of these people that you look up to and expect to be experts are just guessing,” he says. “You don’t have to ask those people for advice on where to go next. They’re gonna follow you when you get there.” 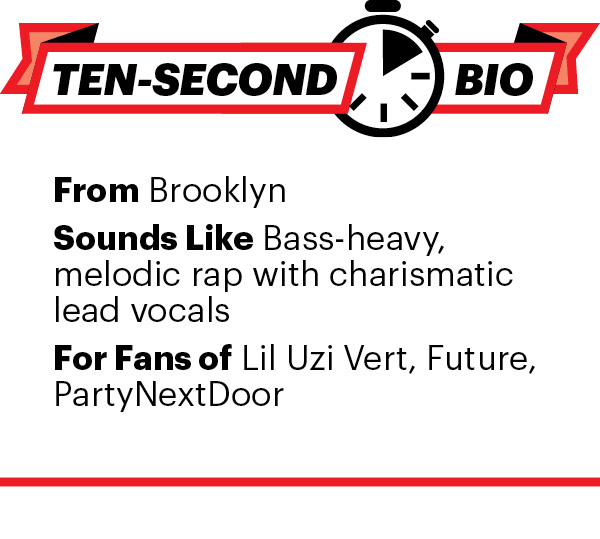 And they’ve certainly followed Saint Jhn. Each of his three releases as a solo artist has amassed hundreds of millions of streams in the U.S., according to Alpha Data. He tends to rap over gnashing, bass-heavy beats, often created by the producer Fallen, though he’s capable of unexpected turns: 2019’s “Borders,” a plinking duet with Lenny Kravitz, is unexpectedly tender.

Saint’s Jhn’s latest collection, While the World Was Burning, is full of autobiographical tales about his triumphant rise — “Came from the gutter, came a long way,” he raps at one point — and tortured romances. The “Roses” remix is on there too, a hook to draw in new listeners.

“You missed a whole lot, but I’m excited for you to catch up,” Saint Jhn says, addressing himself to those who weren’t following him from the beginning. “Here’s dynamite and a fishing pond. You ready? Now let’s feast.”