Here we see data representing the global sales through to consumers and change in sales performance of the five current platforms (PlayStation 5, Xbox Series X|S, Nintendo Switch, PlayStation 4, and Xbox One) and two legacy platforms (Nintendo 3DS and PlayStation Vita) over comparable periods for 2017, 2018, 2019, and 2020.  Also shown is the market share for each of the consoles over the same periods. 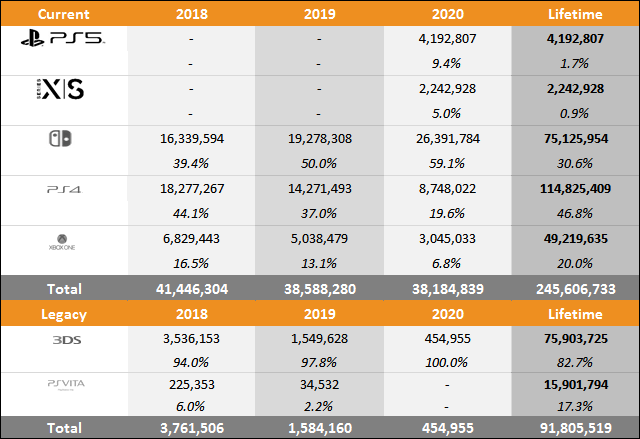