Tottenham have never before been so far above Arsenal going into a Premier League north London derby, but will form count for anything on Sunday?

Spurs, who are top of the table after 10 matches and have not lost in the league since the opening weekend of the season, are guaranteed to be at least 12 places above the Gunners at kick-off.

Their previous biggest advantage was 11 places, when Spurs were 10th and Arsenal were 21st before they met on the second weekend of the 1993-94 campaign. Arsenal won that game 1-0.

“Arsenal’s performance in the win against Manchester United at the start of November was excellent,” BBC Sport football expert Mark Lawrenson said. “But since then they haven’t come anywhere near that in the Premier League.”

Lawro is making predictions for all 380 Premier League matches this season, against a variety of guests.

This weekend, he is up against Sister Bliss, from iconic electronic outfit Faithless.

Faithless have just released All Blessed, their first studio album for 10 years, and have launched a campaign for the Choose Love Help Refugees charity called #playitforward which is designed to raise money for charity through the sharing and giving of music.

“Play It Forward sounds like a football charity, but it isn’t,” Sister Bliss told BBC Sport. “Along with a lot of other artists, we are signing and auctioning lots of vinyl to help people who are living in the most unimaginably tough conditions.”

Fans returned to football matches this week and Sister Bliss knows all about the difference a crowd makes when you are performing – whether it be music or sport.

“At the moment our new music can’t exist in the arena that it was supposed to – with a live audience at an indoor venue or festival,” she explained.

“The album is about the life we are living right now, and finding empathy and tolerance, and the things in life we need to nurture us and connect us to each other.

“It has got very warm vibes – people have said it is like getting a big hug. You can still experience that listening to it through your headphones, but I am just gutted I can’t play it to people in person and have that amazing connection, which is an extraordinary feeling.

“Sport is the same. For the past few months, the emotion and energy you get from being the person playing in front of a crowd, and where that takes you, has been missing from the experience.

“Let’s hope we all get it back soon, because we all yearn to feel that again.”

Sister Bliss is well-versed in the fortunes of several different London football clubs because of her Tottenham-supporting dad and her band-mates – Maxi Jazz is a Crystal Palace fan and associate director of the Eagles, while Rollo Armstrong follows Arsenal.

“I feel like I have got allegiances in north London and south London,” she added. “Is that even allowed?!”

“But Arsenal probably need all the support they can get right now. As Rollo lamented to me this week, they cannot get their act together at the moment.”

A correct result (picking a win, draw or defeat) is worth 10 points. The exact score earns 40 points. 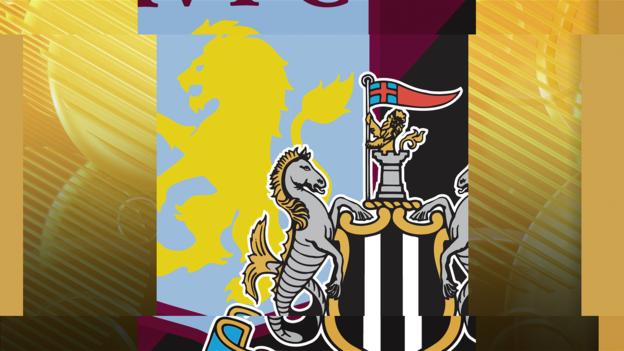 This match was postponed following a “significant increase” in Covid-19 cases at the Magpies’ training ground. This is what used to be called an old Lancashire derby.

The Clarets got battered last week by Manchester City, but that was to be expected. However, before that they seemed to rediscover some spirit with a draw at Brighton followed by a win against Crystal Palace – their first of the season. I’ve read they’re still talking about a takeover – this will be manager Sean Dyche’s 200th Premier League game in charge and I hope any new owners give him more money because he hasn’t really made any bad signings.

Everton have lost their way a little bit – they’ve only won one in five. The fixtures weren’t that difficult for them during the first few games of the season until they faced Liverpool. It was a classic case of making a good start before teams worked out how to play against them.

I still think they’ll finish in the top 10, but they have a little work to do because I’m not convinced about them defensively. 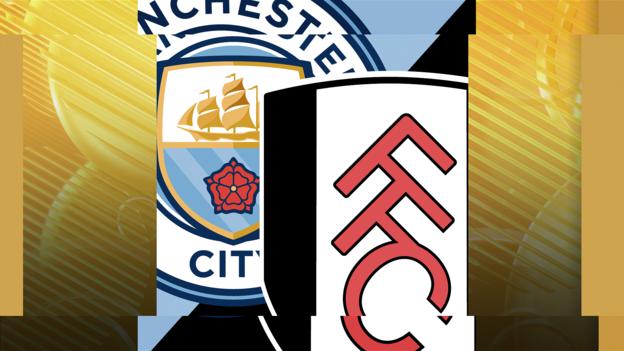 Scott Parker’s side are easy on the eye and that’s a big tick for him, however I don’t think they’ll have much of the ball against City.

The Cottagers aren’t ones to park the bus in front of teams, but the only chance they have against Pep Guardiola’s side is by having possession because they’re not very good at the back.

It’s also worth remembering that City have won their past nine matches against Fulham and scored a hatful of goals in the process.

Sister Bliss’ prediction: City got five goals against Burnley last week and I think they could do the same again here. 5-0 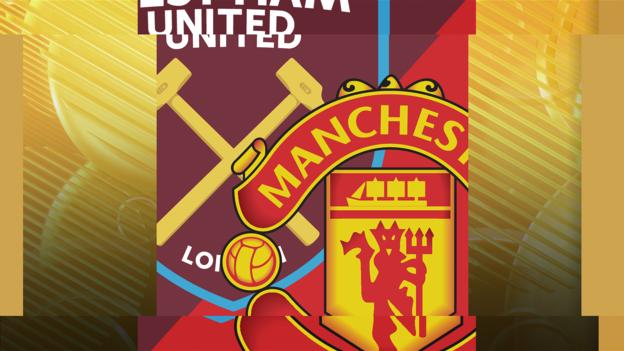 West Ham are on a great run and are looking for their fourth straight win. I spoke to their manager, and my friend, David Moyes last week who told me Aston Villa were the better team during the 2-1 win and that his side were lucky to come away with three point.

Having said that he has got his team competing well and they’re difficult to play against – Moysie might also feel he has a point to prove this weekend against his old employers.

United come into this game on the back of that loss against Paris St-Germain with their Champions League hopes still hanging in the balance, although I don’t think that will play on their minds at the London Stadium.

The issue I have is that I don’t think manager Ole Gunnar Solskjaer has come to terms with his best team or has established a definitive way of playing.

They’re very good in attack at times, but Anthony Martial looks like a world beater one week and a debutant the next. At least Edinson Cavani, as he’s shown in recent games, has proved he’s still a great finisher. At the moment a lot of members of the United side are playing at six out of 10 level though. 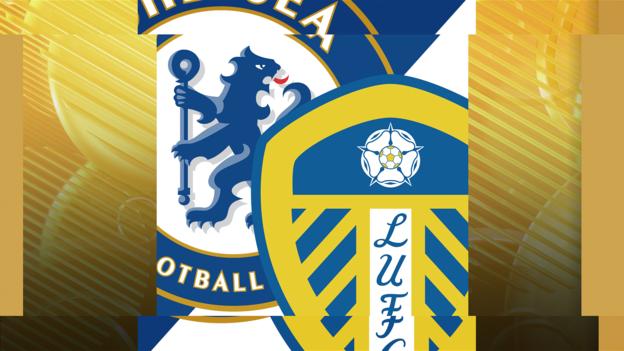 Whenever I see this fixture I think about the tempestuous 1970 FA Cup final between the teams, which I went to. Leeds are still up and at you, but in a different way.

Marcelo Bielsa’s side started the season well, but have had a mixed recent run of results which saw them ship four goals in two successive games. I think the quickness of the players among some Premier League sides have caused them problems.

The soft centre in this team is defensively.

The front players for Chelsea will be too good for Leeds, and manager Frank Lampard also has to decide about what to do with his striker Olivier Giroud after he scored four against Sevilla.

At the back the Blues are conceding fewer. Chelsea’s new keeper Edouard Mendy is doing well and Thiago Silva has settled at the back and is helping fellow centre-back Kurt Zouma. At the moment I think Chelsea have a good chance of a top-four finish.

Sister Bliss’ prediction: Chelsea are playing very well, but Leeds are exciting to watch. This is going to be close. 3-2

Palace missed the spark of Wilfried Zaha in the defeats by Burnley and Newcastle – they need him back.

Slaven Bilic’s Baggies beat Sheffield United last week, but they hung on for that three points. He will think this is a game where his side need to get three more. Will he play a slightly more offensive team because of that?

I fancy Palace at The Hawthorns though. 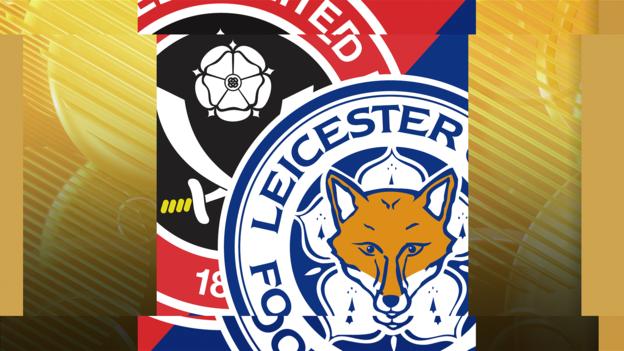 Last season the Blades were outstanding, but they didn’t score that many goals. Strikers David McGoldrick, Oli McBurnie, Lys Mousset and Rhian Brewster, although he’s unproven, have all come up from the Championship and that is the problem.

It’s that second-season syndrome. I think they were playing way above themselves last campaign. They’re still difficult to beat but they’re not making enough chances.

I think Leicester have some really super players but I don’t see them finishing in the top six. You’ve seen in the home games forward Jamie Vardy denied space to run into, whereas they’ve won four of their five away games because teams are coming on to them.

I expect them to beat the Blades. 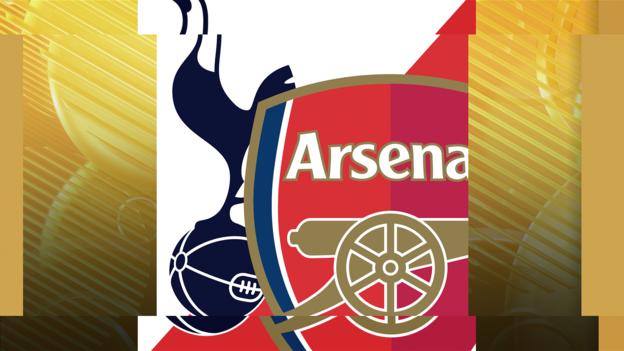 Tottenham are a better side than Arsenal, a more reliable side and they are superior defensively which is in large part down to the manager and his philosophy.

Jose Mourinho’s forwards Harry Kane and Son Heung-min have also been the best two in the league bar anybody, and will give the Gunners defence a tough time assuming Kane is fit.

Arsenal don’t seem to have leaders at the moment – so when the going gets tough they don’t going.

Their new signing Thomas Partey looked a player in midfield, but just as he got started he got injured. They really miss him.

And in attack, since Pierre-Emerick Aubameyang signed his contract… has he been away? It’s just that one goal since the start of November.

It’s a derby with that added incentive, but without much of a crowd it’ll be a strange one.

Sister Bliss’ prediction: I’m really hoping for an Arsenal win but they are lacking confidence at the moment so that is not the most likely outcome here. There will plenty of mind games from Jose Mourinho beforehand too. 2-0 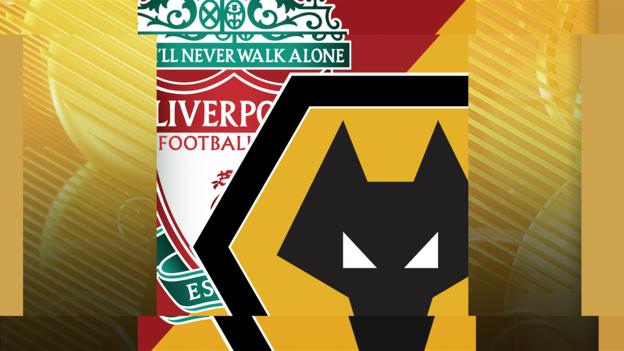 Wolves have always given Liverpool a good game.

They’re a decent side, although this season they’ve been tinkering with their system and have been slow starters at times. They were 1-0 down at home against Southampton and you were wondering what they were doing before they came back to draw, and then last week they went to Arsenal and made them look ordinary.

They will be a goal threat against Liverpool, but the home side will have the edge.

I think the Reds have done well so far this season when you take into account the injuries and they’ve also not had a consistent backline. Privately manager Jurgen Klopp will be happy but he knows there’s a tough time coming up.

It’s a good thing the attack has been so good, especially Wolves old boy Diogo Jota who already has nine goals.

Sister Bliss’ prediction: Liverpool are smashing it at the moment. I’m a fan of Jurgen Klopp, and you can see why his players love playing for him. 2-1 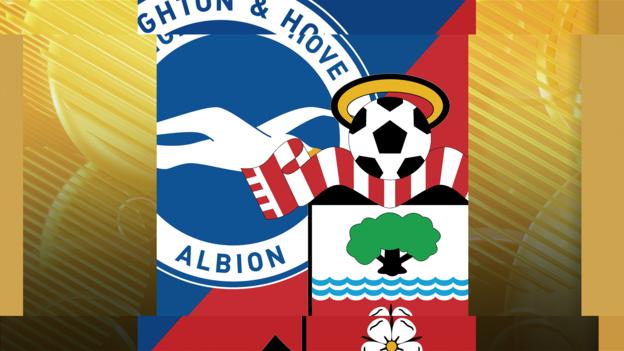 Southampton have got some good unsung players there including James Ward-Prowse who scored those two cracking goals against Aston Villa and grabbed another in the defeat by Manchester United last week. He’ll be a threat again against the Seagulls.

The manager has done a fabulous job and the club deserve a pat on the back for holding on to him despite that 9-0 defeat against Leicester last year.

Brighton were good against the Reds in last week’s 1-1 draw and have started to look like a decent side. I know they haven’t beaten the Saints since they came up to the Premier League but I fancy them to end that run.

Sister Bliss’ prediction: This is a resort versus a port. I’m going with Brighton, because from my touring experience, they’ve got a longer stretch of sea front with a proper promenade and pier to get their aerobic exercise in beforehand. It’s great for running or roller-blading, which would add a bit of fun to training, wouldn’t it? 1-0

How did Lawro do last time?

Last weekend, Lawro got three correct results from 10 matches, including one exact score, for a total of 60 points.

He beat Maximo Park frontman Paul Smith, who got two correct results, including one exact score, for a total of 50 points.