The January transfer window shuts on Monday – so will any of the last-minute deals change the direction of the title race?

“In any case, the most important thing for the Reds is that they have started firing in attack again. They have got some of their old swagger back, and Mohamed Salah’s second goal in their win at West Ham was sensational.” 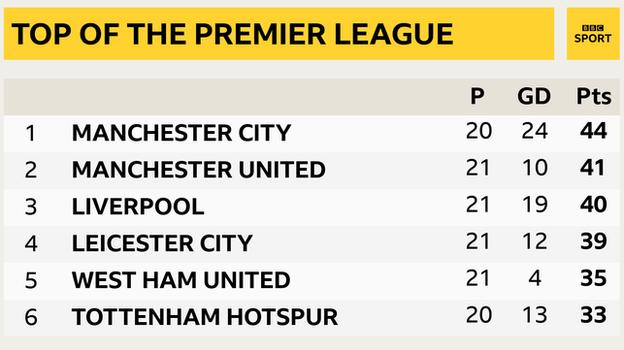 This transfer deadline day, Lawro is supporting Cancer Deadline Day, a new campaign for 2021 where fans can donate to eight selected cancer charities on behalf of their favourite club.

More than 50 football clubs from the Premier League, Women’s Super League, Scottish Premier League, English Football League and non-league have signed up in support of the campaign and other celebrity supporters include Alan Shearer, Michael Owen and Jeff Stelling.

Lawro is making predictions for all 380 Premier League matches this season, against a variety of guests.

For this week’s Premier League fixtures, being played from Tuesday to Thursday, he is up against Foo Fighters guitarist and Arsenal fan Chris Shiflett.

Foo Fighters’ 10th studio album, Medicine At Midnight, is out this week. Their latest preview track, Waiting On A War, is out now and they hope to hit the road again later this year.

“A bit like not having fans at games, the weirdest element of putting out an album at this time is not having shows to bounce the songs off the people,” Shiflett told BBC Sport.

“That’s always the most important element of a new record. I don’t know when it will be, but whenever we can go on tour, we will be ready to go.”

This is the second time Chris has taken on Lawro – the last time was when their previous album, Concrete And Gold’, was released in 2017, when he got 7/10 results correct and managed three exact scores. to finish top of that entire season’s guest leaderboard with 160 points.

“The funny thing about that was I really did my research. I got with Dave Grohl’s old guitar tech Ally Christie, who is from Glasgow and a football nut.

“We went through all the fixtures and worked out the predictions… and then when I went to do it, I had picked the wrong set of games.

“So I was completely winging it. I thought some of my scores were pretty ridiculous, so it is nice to know they actually worked out OK. I am going to be more conservative with my scores this time, though.”

Chris is excited by the young players who have broken through at Arsenal in recent months and is convinced manager Mikel Arteta is the right man to bring success back to the club.

“Last season ended on a real high, so myself and Arsenal supporters everywhere were kind of expecting this season to build on that,” he explained. “Obviously we had a rough patch before Christmas, but it seems like we have found our feet and we are on a good run of form.

“It is great to see all the kids doing so well – that has kind of been the story of the season for us, with young players like Emile Smith Rowe and Bukayo Saka in the team and turning things around.

“Arteta deserves the credit for that. With each successive transfer window, you can see him tightening things up, but he is still giving the kids a chance, and overall he is building to something better and better. You can see what he is trying to do with the team and when it works it is fantastic.”

A correct result (picking a win, draw or defeat) is worth 10 points. The exact score earns 40 points. 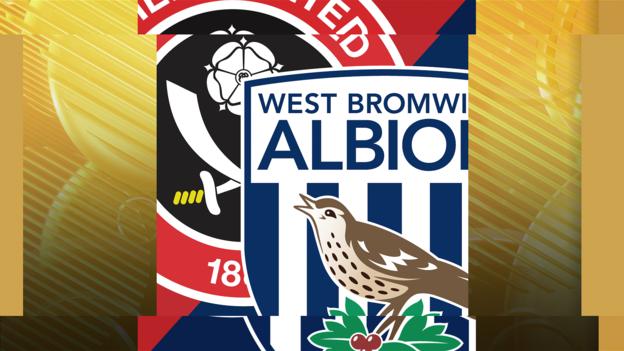 It was a bad weekend for the bottom three, with Newcastle and Brighton both winning.

At least both of these sides have been showing a bit of fight, though. It’s clear they haven’t given up hope yet. 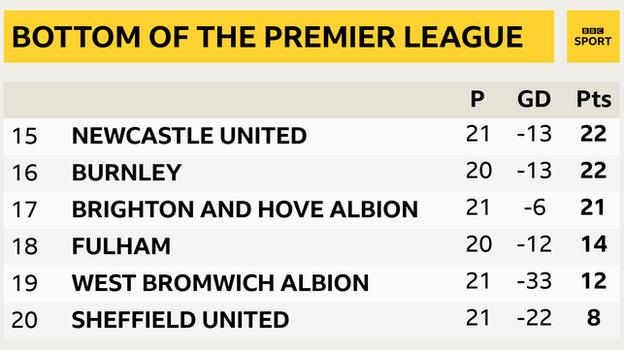 West Brom are still conceding, but not as many. They did well to stay in their game against Fulham on Saturday because they were completely outplayed in the first half, but they improved, and deserved their point.

Sheffield United could not manage a repeat of their win at Old Trafford when they went to Etihad Stadium, but they made life difficult for Manchester City.

The circumstances make this the biggest game of the season so far for both of them, because it is the chance to do damage to the teams around them as well as getting three massive points themselves.

A draw would not do much good for either side, especially Sheffield United. I fear for the Blades anyway, but if they don’t win this one then it could be curtains for them.

Chris’ prediction: These are the worst two teams in the league so it is a tough one to call. 1-0 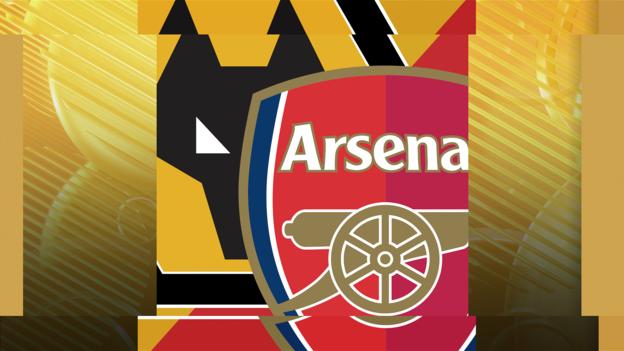 Arsenal were solid against Manchester United on Saturday and are now unbeaten in seven in the league.

Wolves are at the other end of the scale, form-wise, and have gone eight league games without a win, but they had some chances in their defeat by Crystal Palace and their new loan striker, Willian Jose, made some nice touches. He is decent and he will get better.

Nuno Espirito Santo’s side won at Emirates Stadium at the end of November – in the game where Wolves striker Raul Jimenez suffered a serious head injury – and I just have a feeling they will come out on top this time too.

Chris’ prediction: I got with Ally again, who is my go-to football expert, and his prediction was a 1-1 draw. But I can’t possibly go with that as an Arsenal supporter, so I am going with 2-1 to the mighty, mighty Arsenal. 1-2 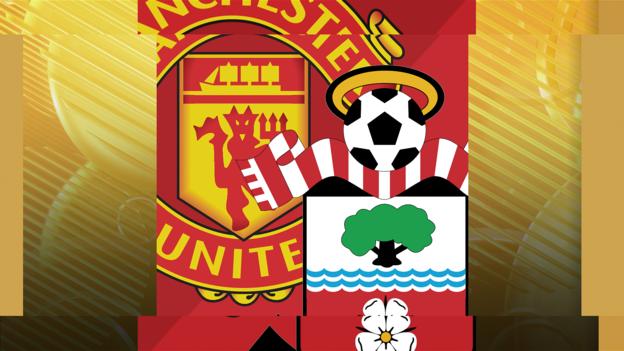 It’s not been a great few days for Manchester United, who lost at home to Sheffield United and then were held by Arsenal.

Southampton were unlucky not to get anything against Aston Villa on Saturday, when they created enough chances to get at least a point but the big decisions did not go their way.

When they met at St Mary’s earlier in the season, it was a real thriller with United coming back from 2-0 down to win 3-2.

I’m at Old Trafford for 5 Live for this one, and this time I am expecting the same outcome, but in more straightforward fashion. 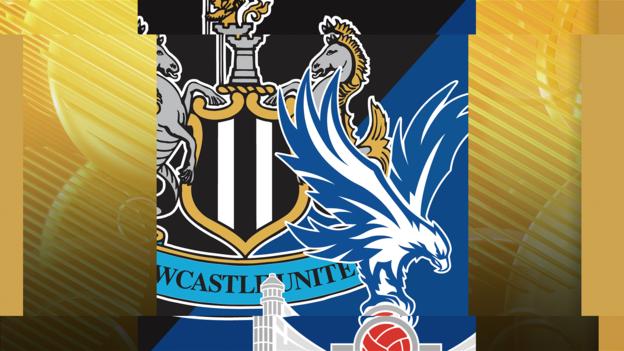 Newcastle played really well in their win against Everton. It was a great result, but I was really impressed with the way they got it – they really went for it, for once, and were committing plenty of men forward.

Crystal Palace also got a good result, a tight win over Wolves, but if Newcastle play the same way again this time then I think they will have more success.

Chris’ prediction: I am going with Palace but Newcastle showed at the weekend that they are one of those teams where you never know. 0-1 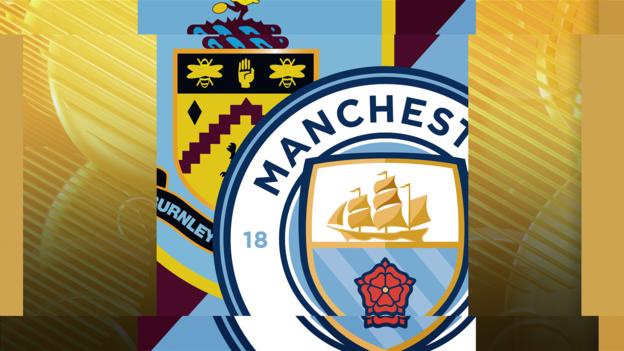 Burnley were a bit subdued against Chelsea on Sunday and maybe their efforts against Aston Villa and Liverpool in the past few days caught up with them.

This will be another tough evening for the Clarets – City have got a great record against them recently, winning their past seven meetings, and Pep Guardiola’s side are playing well at the moment. They keep on winning too.

Chris’ prediction: Manchester City are in form and favourites to win the title, so this could be three, four or even five-nil. 0-3 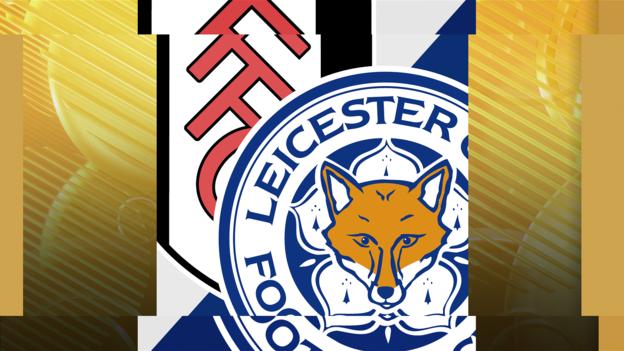 Leicester lost to Leeds on Sunday but it was a really good game. The breakaway third goal was the clincher for Leeds but the Foxes created a load of chances, and it was really close.

Fulham will look back at their draw with West Brom and think they should have made the three points safe early on, but working out why they didn’t win after playing quite well is nothing new for them.

The Cottagers’ last league win came 10 games ago, against Leicester, but I don’t think they will be able to handle the Foxes’ attack this time.

Chris’ prediction: Fulham are another team having a pretty terrible season. 0-2 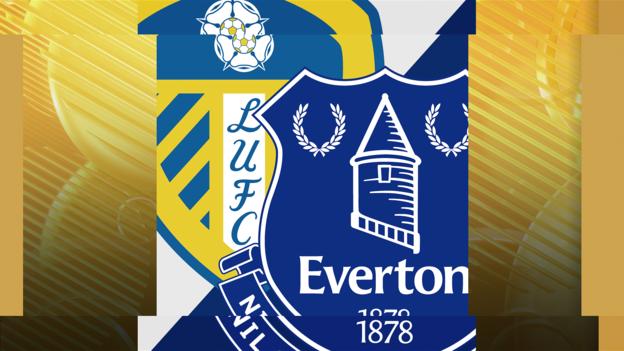 It was a strange performance by Everton at the weekend. They never really got going against Newcastle and another worry is that the goals have dried up for Dominic Calvert-Lewin, who has not scored in any of his past seven league games.

Leeds were impressive in their win over Leicester, which saw Patrick Bamford end his mini goal-drought.

Bamford deserves a mention for the quality of that strike, and also for playing Jack Harrison in for the crucial third goal – his attitude and awareness is top class.

Chris’ prediction: Anything could happen here, but out of respect and deference of the Kaiser Chiefs, I am going for Leeds to get a draw. 2-2 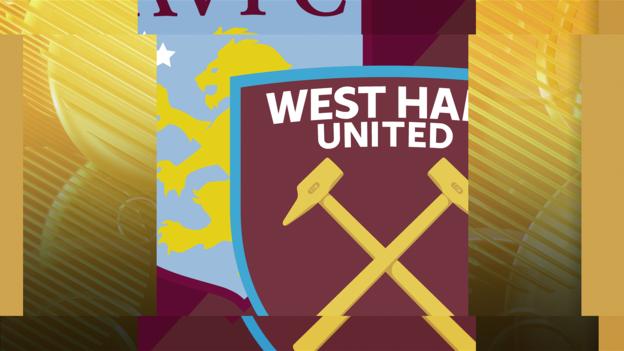 West Ham’s winning run is over and they found it hard going against Liverpool on Sunday – they didn’t create many chances in the first half and, as the game opened up, it quickly got away from them.

I am going to go with Aston Villa here. They have played well since returning to action after the coronavirus outbreak at the club at the start of January and their attack can cause the Hammers problems.

Chris’s prediction: These are both good teams, although West Ham are in better form – up until the weekend anyhow. I wanted to throw in one wildcard pick, and this is it. I know Geezer Butler from Black Sabbath is a Villa fan, which is as good a reason as any to go with them. 2-1 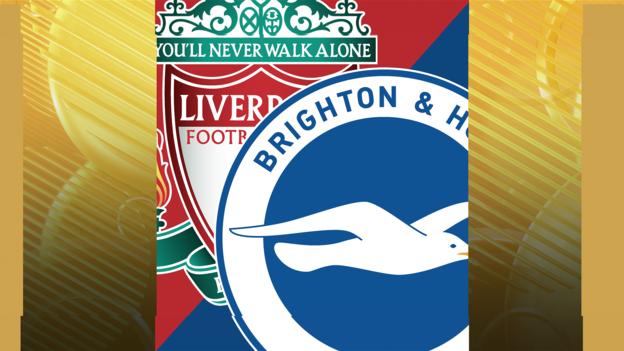 Brighton played really well in their win over Tottenham. Spurs had a lot of possession but didn’t do anything with it – Brighton had much less, but created umpteen chances.

As I keep saying, the Seagulls always struggle to score a second goal to finish games off – but one was enough for them to see it through on Sunday.

Graham Potter’s side are decent defensively, and they gave Liverpool a really good game when they drew 1-1 on the south coast in November, but I just feel Jurgen Klopp’s side are playing with a lot of belief at the moment.

Chris’ prediction: I was pleased to see Brighton beat Tottenham – good for them. Liverpool have gone through a rough patch but it seems like they are out of it now, and they will continue trying to close the gap at the top. 3-1 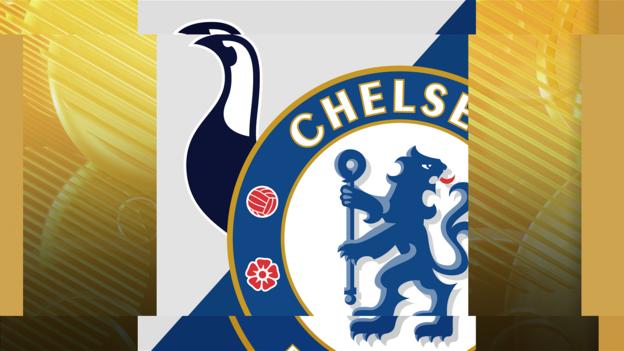 This is Thomas Tuchel’s biggest test so far as Chelsea manager, even with Tottenham on a poor run of form.

It seems to be the same old story with Spurs – Harry Kane gets injured, and they are not the same team without him.

Gareth Bale’s arrival last September was meant to help change that, but he looks a shadow of his former self.

Bale has lost that zip which was his trademark and when I watch him play, it doesn’t really seem like he is enjoying it.

Chris’s prediction: I have always been an outspoken Arsenal fan, I have never been shy about it, and every time I post something about them on Twitter, there is always the majority of comments going: ‘Oh no, you’re an Arsenal supporter?’ I know I can’t please everyone, and I wouldn’t want to – it is good to twist the knife sometimes! So, of course I can’t have Tottenham winning this one. Without Harry Kane, it looks like they are in a bit of a dive anyway. 0-2

Lawro and Chris were speaking to BBC Sport’s Chris Bevan.

How did Lawro do last time?

From last weekend’s Premier League games, Lawro got four correct results from 10 matches, with no exact scores, for a total of 40 points.

He beat Lewis Evans from post-punk band Black Country, New Road who got three correct results, with no exact scores, giving him a total of 30 points.