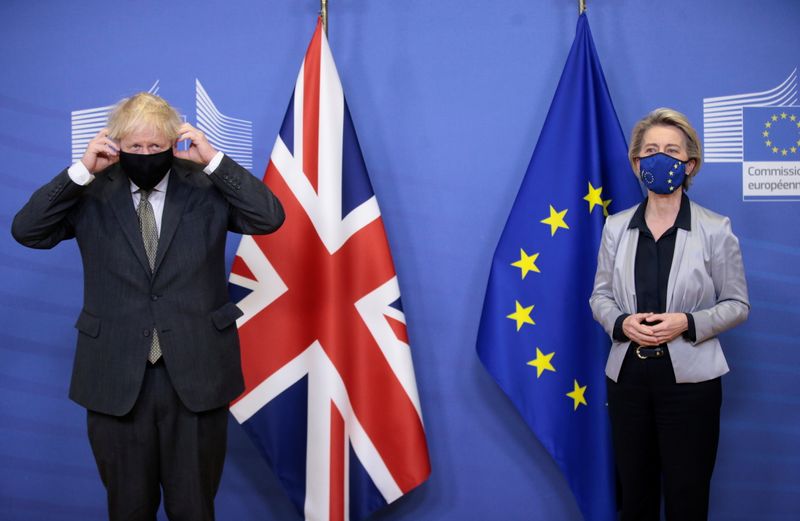 By Gabriela Baczynska and Costas Pitas

BRUSSELS/LONDON (Reuters) – London and Brussels agreed on Sunday to “go the extra mile” in coming days to try to reach an elusive trade agreement despite missing their latest deadline to avert a turbulent exit for Britain from the European Union’s orbit at the end of the month.

British Prime Minister Boris Johnson and the president of the EU’s executive Commission, Ursula von der Leyen had given negotiators a Sunday deadline to find a way to resolve an impasse on arrangements that would guarantee Britain zero-tariff and zero-quota access to the EU’s single market.

On Sunday they mandated negotiators to continue, although Johnson sounded a downbeat note on prospects for a breakthrough.

“Despite the exhaustion after almost a year of negotiations, despite the fact that deadlines have been missed over and over we think it is responsible at this point to go the extra mile,” Johnson and von der Leyen said in a joint statement.

Britain quit the EU in Janua