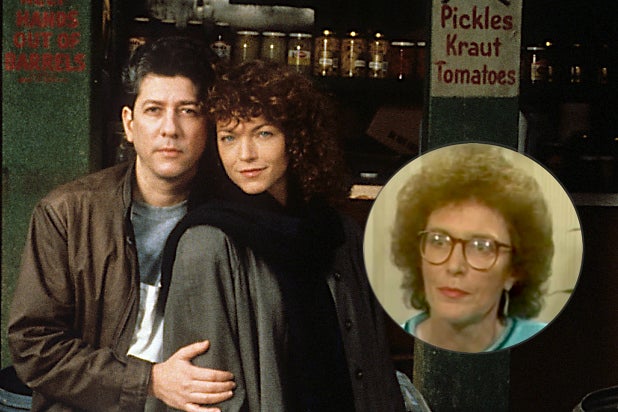 Joan Micklin Silver, the trailblazing director behind “Hester Street” and “Crossing Delancey,” died on Thursday in Manhattan due to vascular dementia, her daughter Claudia Silver told the New York Times. She was 85.

Silver was outspoken about her experiences confronting sexism, misogyny and anti-Semitism within the entertainment industry.

“I came of age for film at a time when sexism was pretty strong. And although I could get work as a writer, I couldn’t get work as a director at all. And I had the experience of watching young men who had made shorts as I had, prize-winning shorts as I had, moving on to directing films and I couldn’t do it,” Silver said in a 2005 interview with the Directors Guild of America.

In 1975, she wrote and directed the indie film “Hester Street,” a low-budget production based on Abraham Cahan’s novella “Yekl” about a young Jewish couple who emigrated from Eastern Europe to Manhattan’s Lower East Side in the 1890s. The film starred Steven Keats and Carol Kane as the husband and wife; Kane would go on to be nominated for the Academy Award for Best Actress for her role as the wife, Gitl.

Also Read: Mike Fenton, ‘Back to the Future’ and ‘ET’ Casting Director, Dies at 85

But before “Hester Street” found success, Silver said multiple studios didn’t want to release it. “We sent the film around to everyone. I mean, nobody wanted to release it,” Silver said during the DGA interview. “The only offer we had was to release it on 16 [millimeter] to the synagogue circuit. I mean, I felt I had made a film.”

Silver and her husband Ray eventually distributed the film themselves after selling the rights to some international markets. “Hester Street” soon raked in almost 14 times its budget, according to the New York Times.

Silver would once-again face roadblocks from Hollywood studios when it came to 1988’s “Crossing Delancey,” a romantic comedy starring Amy Irving and Peter Riegert. Speaking with the Times in 1988, Silver said studios told her the movie was “too ethnic” — a “euphemism,” she said, “for Jewish material that Hollywood executives distrust.”

After eventually finding support from an executive at Warner Bros., Silver once again proved the other studios wrong.

“I’m thrilled that the resistance to women is no longer as much an issue; it’s like night and day between now and the time I was peddling ‘Hester Street,’” she said in the 1988 Times interview. “I’m happy not to be out there alone. Look at the daughters who are my colleagues: second-generation filmmakers. That’s neat.”

Joan Micklin Silver is survived by her daughters Claudia, Dina and Marisa and five grandchildren.