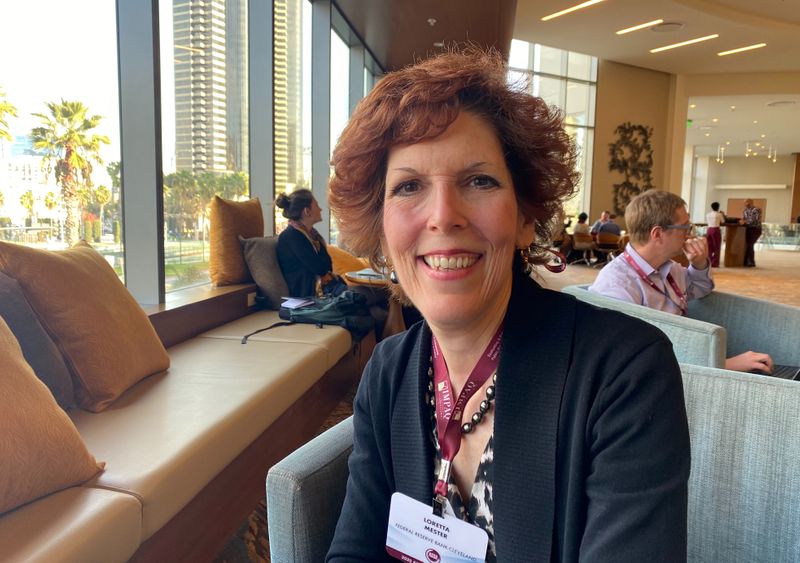 (Reuters) -U.S. economic growth could surge later this year if most Americans are vaccinated against the coronavirus, but the gains would unlikely be enough for the Federal Reserve to withdraw its support, Cleveland Fed President Loretta Mester said on Monday.

The economy is likely to struggle in the near term after a rise in coronavirus infections led to more restrictions, both voluntary and mandated, Mester said.

While the “medium” term outlook was more promising, with vaccines likely to help