“I don’t think the Premier League allow us to name the players but you will know [on Sunday],” Guardiola said.

City’s game at Everton on 28 December was called off following the positive tests but the rest of the first-team bubble has since tested negative.

Guardiola said City had enough players to play at Goodison Park but the match was postponed because the tests results were returned earlier the same day.

“We wanted to play but on the day of the game, with more cases, we informed the Premier League,” Guardiola said.

“I personally called (Everton manager) Carlo Ancelotti to explain the situation because the day before we were in touch about what would happen and the huge risk.”

Chelsea winger Hakim Ziyech could make his first appearance since suffering a hamstring injury in early December against Leeds at Stamford Bridge.

Defender Reece James will definitely miss the game because of a similar problem.

@Wilsonfooty: Chelsea and Manchester City have had their bad days but so has everybody else – and City’s league position is artificially low because of their games in hand.

Heading into 2021, only seven points separated the top nine teams – and judging by the current rate of points won per game, the title could be sealed with just 79 points. That would be the lowest title-winning tally since 1999.

Could Chelsea or Manchester City get to 79 points or more? Absolutely. Seldom, approaching the halfway point of a Premier League season, can a game between sides who started the weekend sixth and eighth in the table look so important to the title race – but this is obviously no ordinary season.

Chelsea have lost their last three away league games but their form at Stamford Bridge has been a lot more solid.

I am still going with a Manchester City win, though. Pep Guardiola’s side are not quite at it, in terms of going forward and opening up teams, but the trade-off for that has been their improvement defensively. 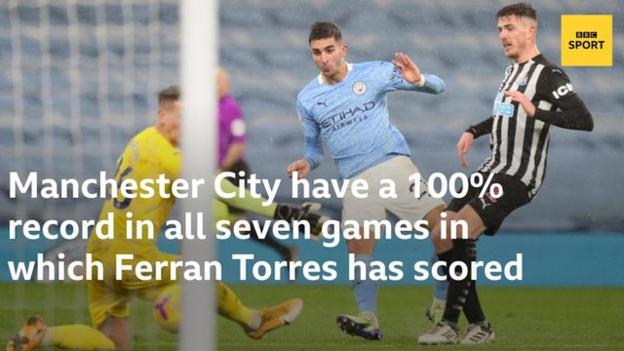