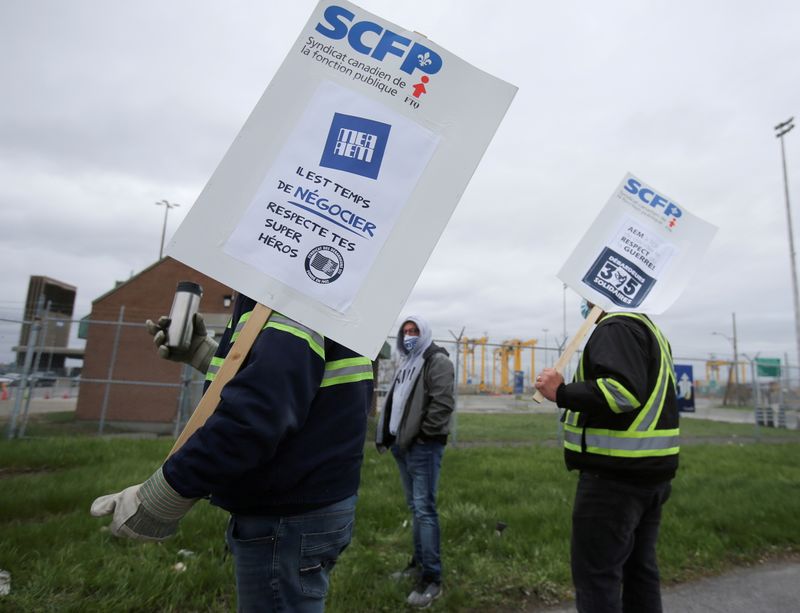 (Reuters) – The Canadian government passed a back-to-work legislation late on Friday to end a strike that began at the Port of Montreal this week by workers over changes to their work schedules.

Labor Minister Filomena Tassi said in a statement that the bill has received royal assent, ending the strike, and added that all port operations must resume when the law comes into effect on Saturday.

The Canadian Union of Public Employees Quebec’s 1,125 longshore workers at the port, the second biggest in Canada, have called the new work schedules by the Maritime Employers Association unfair and have demanded that they be withdrawn. They began their second strike in less than a year on Monday.

The unionized workers have been in contract negotiations since 2018.

The government will work with the parties to select a mediator in the coming days to help reach a deal, Tassi said.

Business leaders had urged the government to intervene, raising concerns over the strike disrupting supply chains, as the country struggles to recover from the COVID-19 pandemic.