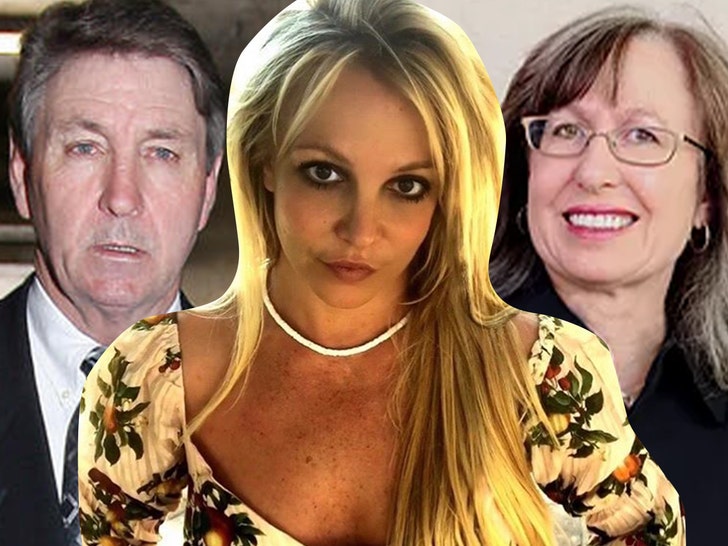 Britney Spears has a front-row seat for a battle royale between her father and her personal conservator, Jodi Montgomery, who’s firing back at Jamie Spears … claiming she’s the only one moving Britney closer to her ultimate goal of freedom.

Jodi says, “It is ironic that Mr. Spears now wants the conservatorship to ‘reflect her wishes’ since it is no secret that Ms. Spears has wished her father out of her life for years.”

As for Jamie implying, in a previous filing, that Jodi or others have prevented him from communicating with Britney … Jodi’s attorney writes, “Ms. Spears is the one who cut him off … That is her choice not Ms. Montgomery’s.”

According to the docs, Jodi also says it’s absurd for Jamie to suggest she’s making decisions without him, because “everything costs money,” and all the expenses go through Jamie in his role as conservator of Britney’s estate.

Jodi insists she is actively working to address the concerns Britney raised during her testimony by working with her medical team to develop a “comprehensive care plan” that will create a path to ending the conservatorship.

The driving point Jodi’s making is … she’s down with Britney’s desire to be free of the conservatorship, but wants to do it responsibly with input from her doctors — and she’s implying Jamie is not.

In the docs, she points out Britney’s father has never fully relinquished control, as he’s remained either a sole or co-conservator for the last 13 years — and she claims he’s left open the possibility he’ll be the last man standing to claim full control.

As we’ve reported, several entities have recently jumped ship — including intended co-conservators of the estate, Bessemer Trust, Britney’s attorney, Sam Ingham, and her longtime manager Larry Rudolph … although he was not directly involved in the conservatorship.

Jodi says she’s “committed to staying” so she can complete Britney’s new care plan and eventually dissolve the conservatorship. Something she calls “a goal that may not necessarily be shared by Mr. Spears.”