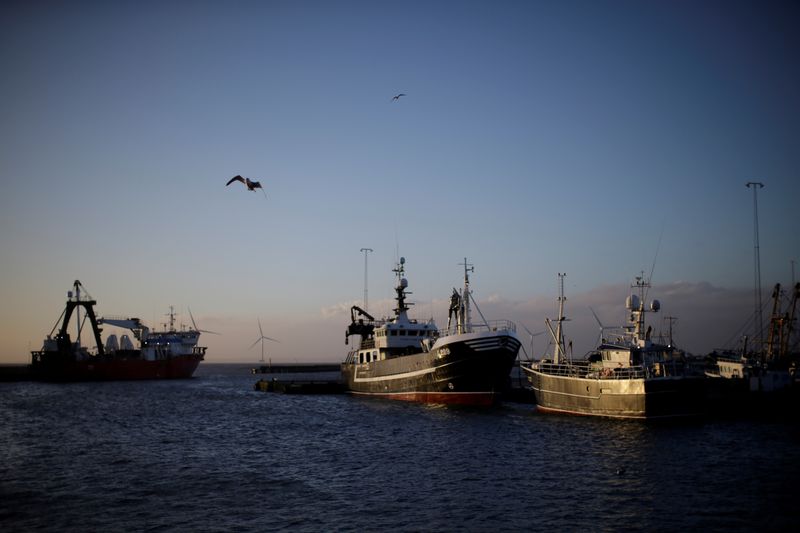 © Reuters. FILE PHOTO: Fishing ships are seen docked at sunrise in the village of Thyboron in Jutland, Denmark

By Guy Faulconbridge and Kate Holton

LONDON (Reuters) – More than 20 shellfish trucks parked on roads near British parliament and Prime Minister Boris Johnson’s Downing Street residence on Monday to protest against post-Brexit bureaucracy that they say has stopped them exporting to the European Union.

Many fishermen have been unable to export to the EU since catch certificates, health checks and customs declarations were introduced at the start of this year, delaying their deliveries and prompting European buyers to reject them.

“We strongly feel the system could potentially collapse,” said Gary Hodgson, a director of Venture Seafoods, which exports live and pr